Ordered a “new to me” Aveo motor mount which I could properly fill with some 3m Window Weld. 3m window weld is a great alternative to polyurethane motor mounts if you do not have the money for polyurethane or if they are simply just not available.

While swapping out the old mount with the filled motor mount I noticed 3 of the three bolts which hold the rear pitch mount bracket to the engine are actually missing. This in turn makes the entire mount swing and therefore the engine itself  is able to just rock as though it’s completely missing the rear torque mount. Below are the images of the filled mount, missing bolts and the installation.

The video is set to “The Underground is Cheap” by DertCheep

UPDATE: I setup a temp fix… which is now permanent. One of the three bolts can’t be used as the transmission housing where it bolts into is actually broke. I didn’t stick my head up where it would be attacked by my exhaust and therefore only noticed this last night. The third hole where the “temp” fix resides consists of a Subaru stud welded to a piece of round stock which is used for things like exhaust hangers. It twisted off with about 18 pounds of torque so the bracket will have to be removed to take it out. The other bolt gets tight as I try to remove it so I’m not taking it out in fear of it actually breaking. That said, it is how it is and that’s how it will be. The stiffer motor mounts will keep some of the pressure off the transmission mount anyway so I’m sure it will be fine. 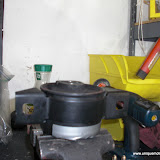 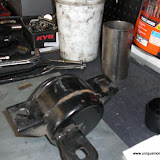 “New to me” mount prior to cleaning 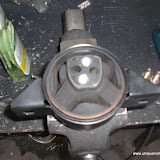 Motor mount as it was recieved 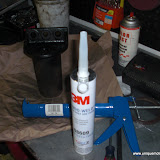 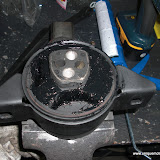 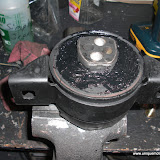 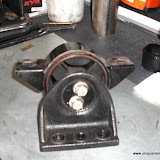 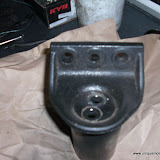 Before some touch up paint 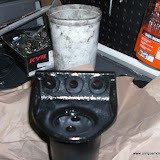 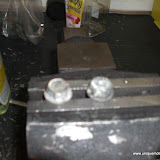 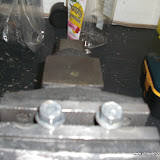 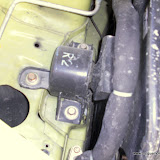 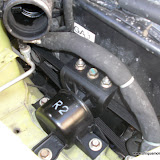 “New to me” motor mount installed 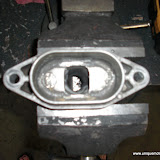 Inside of torque mount otherwise known as pitch mount 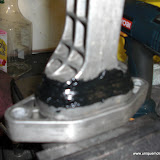 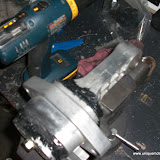 Torque mount ready to go in 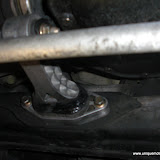 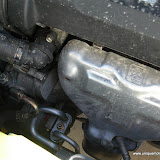 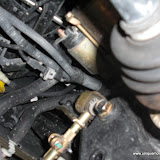 Another shot of a missing bolt 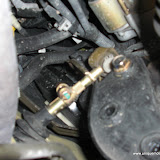 Two of the three bolts missing. 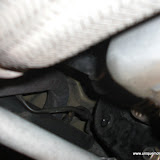 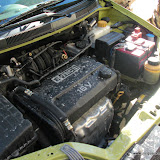