It’s now 9:36 on a Friday night and i just finished repairing a bathroom vent fan. Call me domestic and put a beer in my hand… Except I don’t drink beer.

The fan sounded as though a rodent was stuck in there as of six months ago. 3 months ago, a replacement that “looked” like it might work was purchased with the intention of installing it. As with many things, life runs on and more time goes without replacing the faulty fan. Why would I, when there’s so much more fun stuff to do.

So finally my lovely wife Heidy talks some other sucker, er, um, I mean friend into swapping it out. This is when we see the original replacement is not quite right. Back at Lowes today we try again, take that in for a store credit and look for a replacement. The replacement is $30, I also spot the motor and fan assembly or $15. Score! Worst scenario has it going back yet again for another, so why not.

With a little bit of persuasion i was able to separate the old fan from the old motor. I also placed the old vent in the bathtub to soak hopefully freeing up the dust. Next, I coupled the new fan motor and blade after quadruple checking orientation.

For inserting the fan into the casing, first check the location of the duct, this is so you know which way the fan plugs in. Once checked, insert the tabs first, and a screw on the other side will complete the bathroom fan assembly.

This fan assembly works the same as a turbo so it pulls air in the vent, and compresses it as it forces the air out the duct. Now for the moment of truth, applying power. Flip the switch and make sure the fan is turning the right direction. Is it? If not turn the plug around and check again. Pat your back, you are now ready for the trim vent cover.

Oh this is unexpected. Maybe I shouldn’t have soaked the vent cover. Who would have thought the vent cover is actually silver? After nearly 20 minutes removing wall paint from the vent and cover bolt, it was ready to do what trim peices do. Cover the ugly mechanical bits and make everything look good.

It’s now 9:58, if I wasn’t sitting in for the next 2 hours moving a couple of websites to a new server, I could tackle some hinges or cover some shelving with this really neat silver contact paper. Oh my! 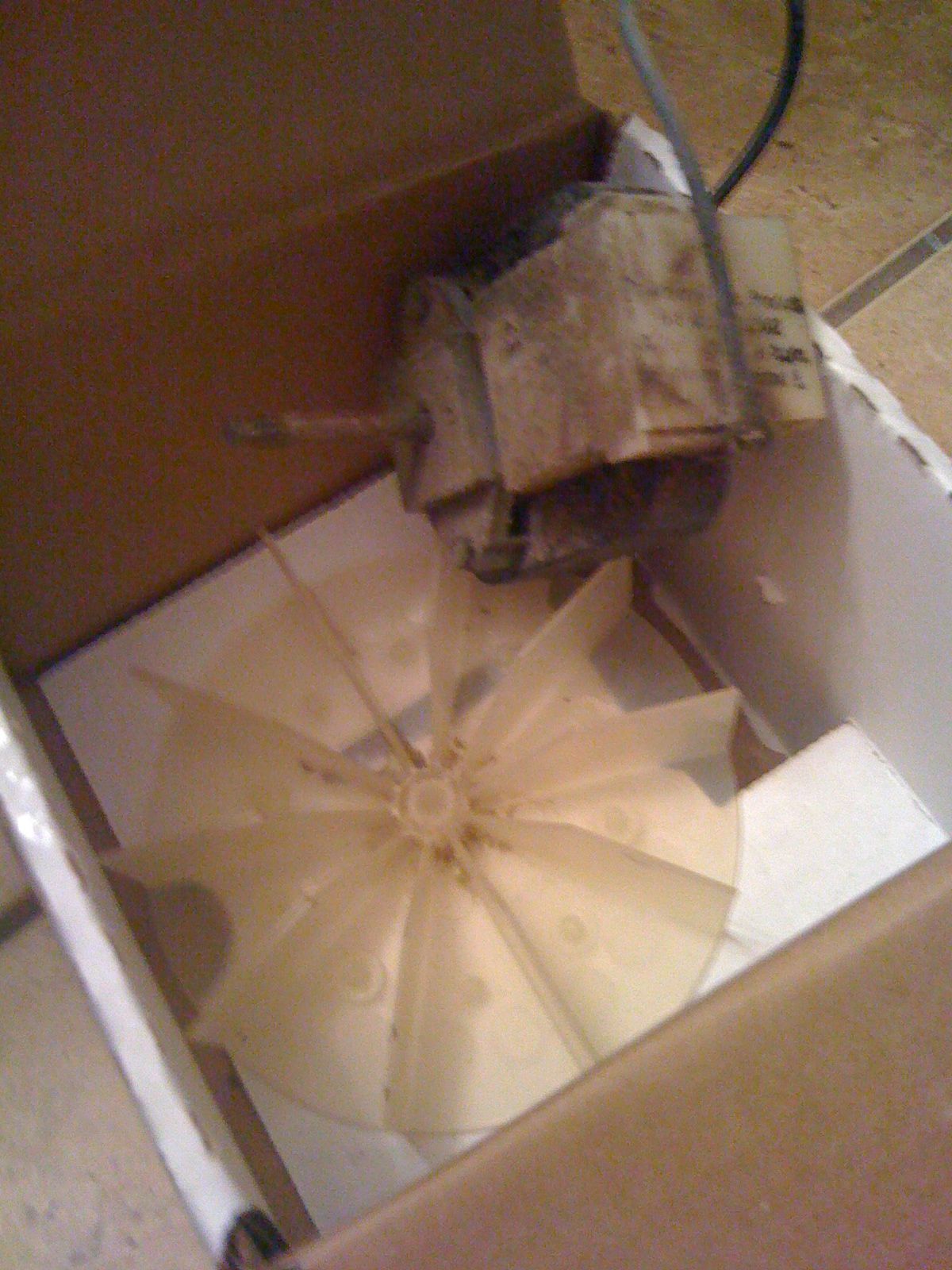 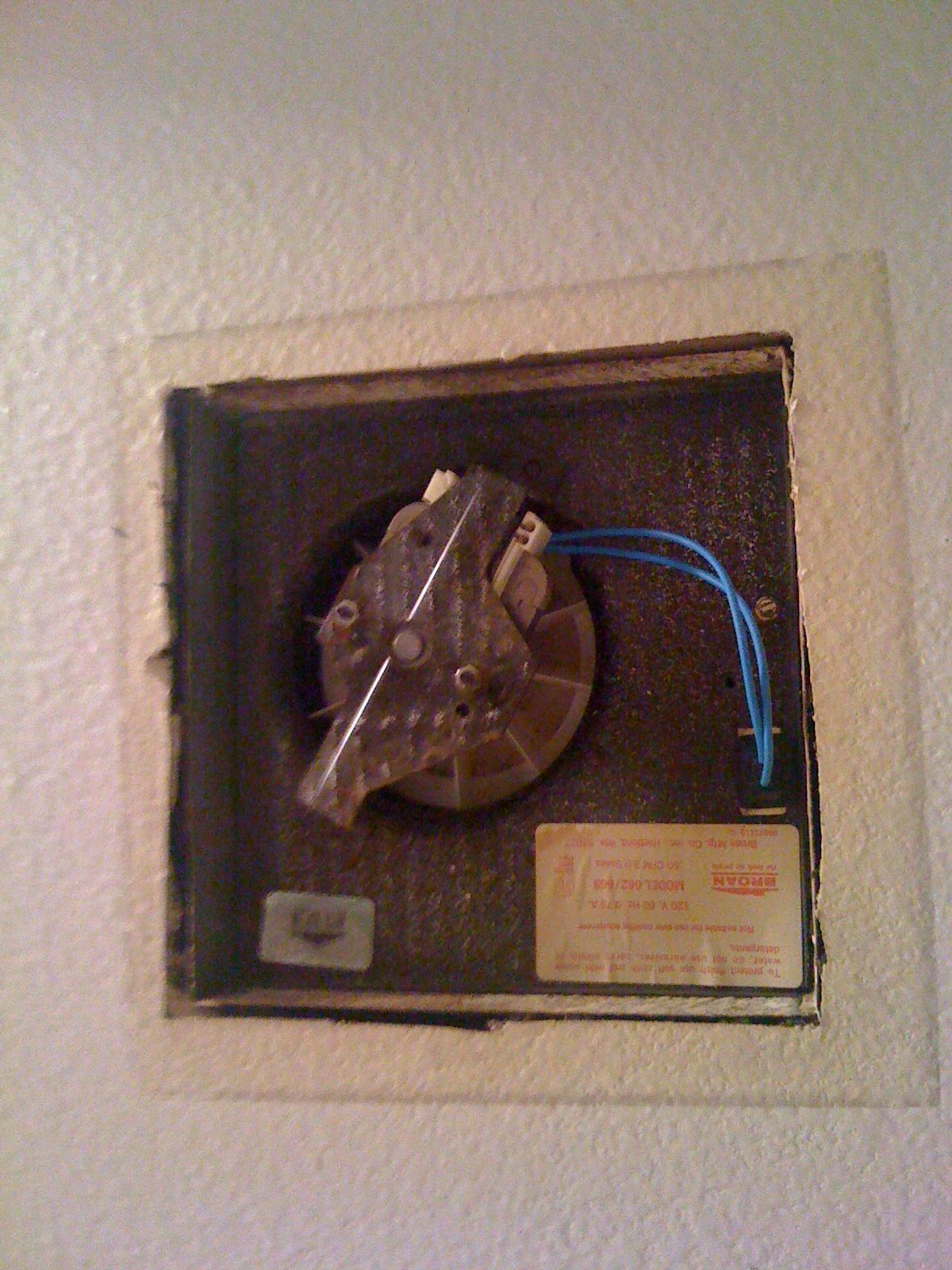 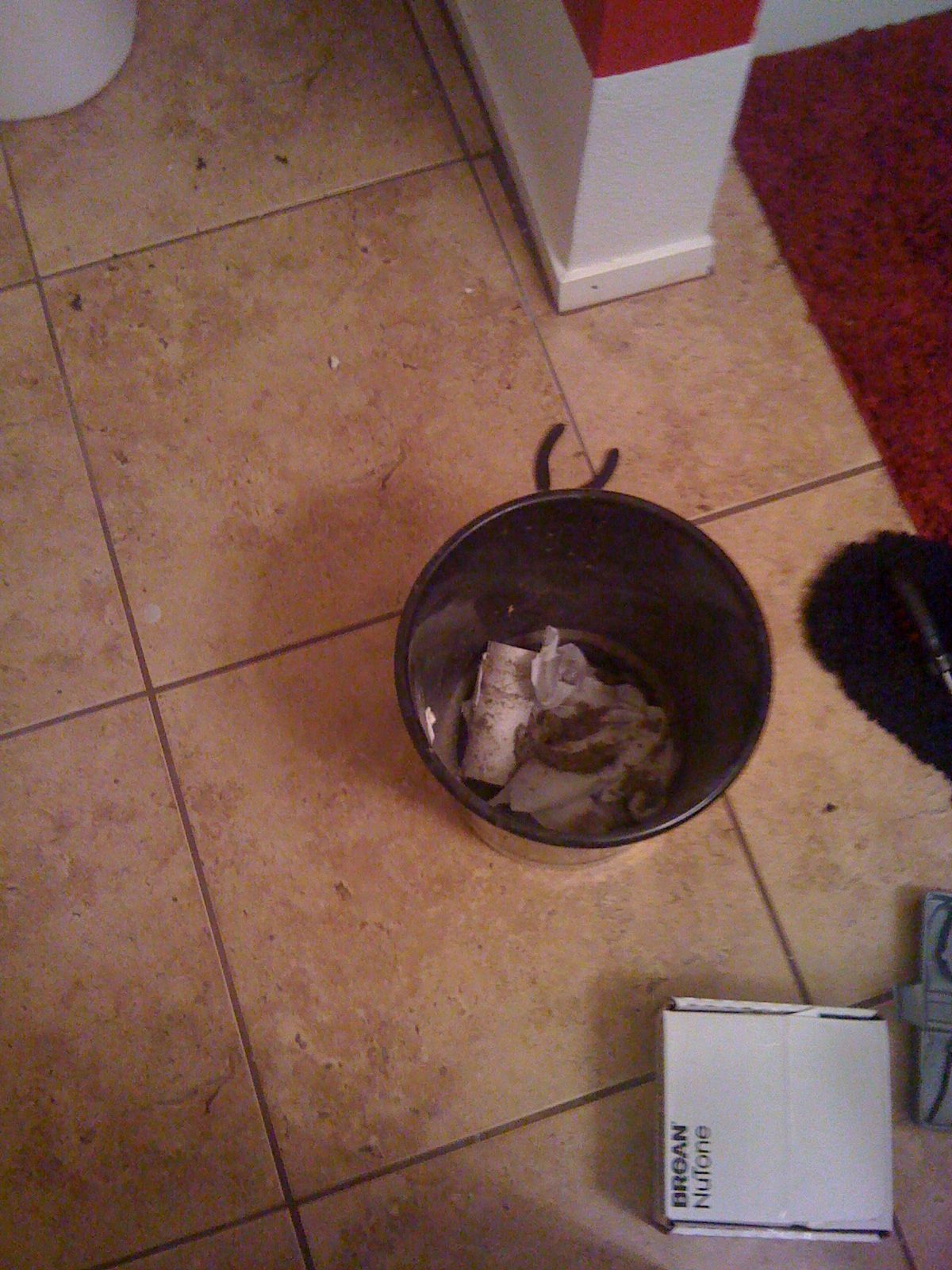 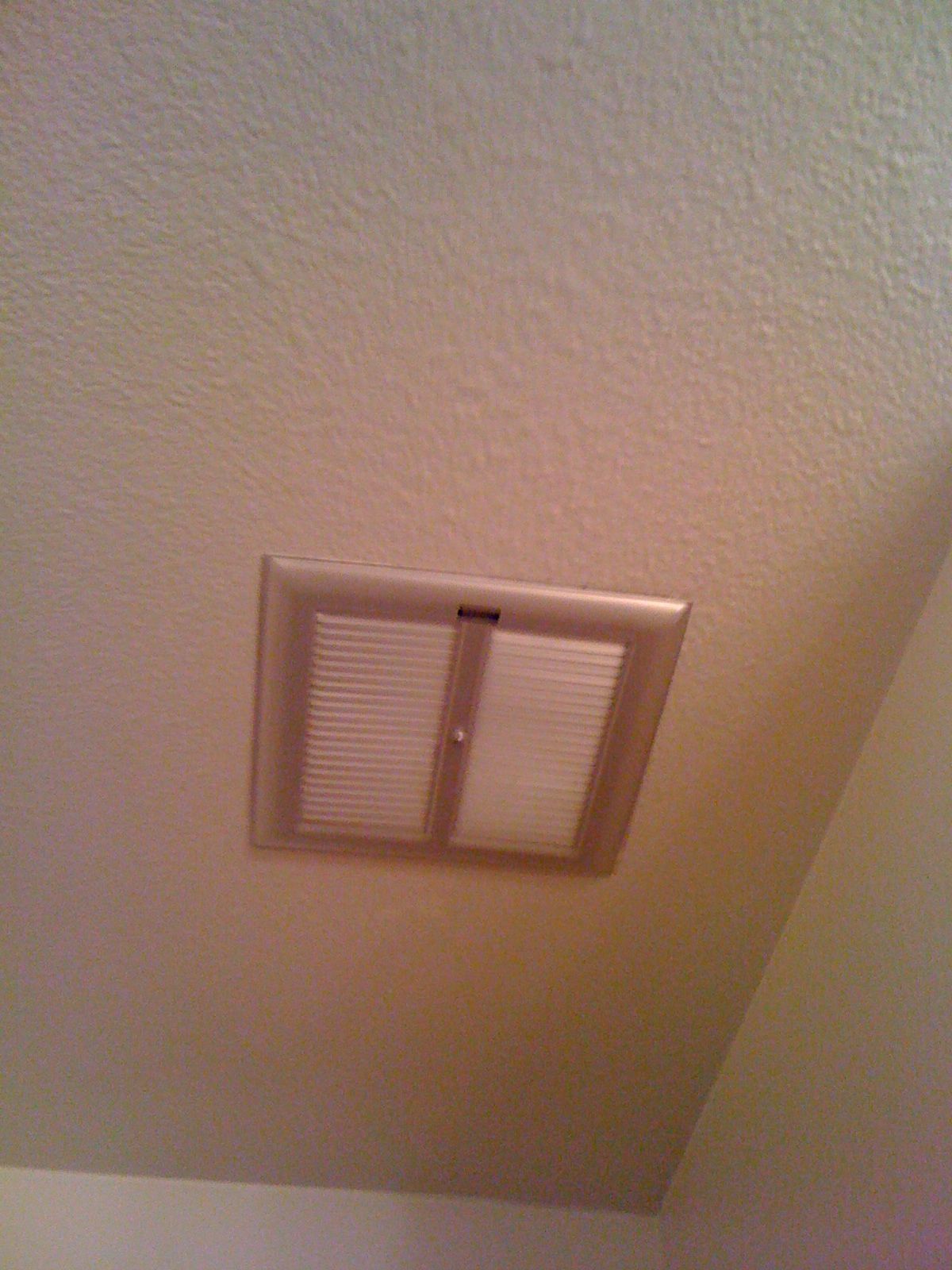 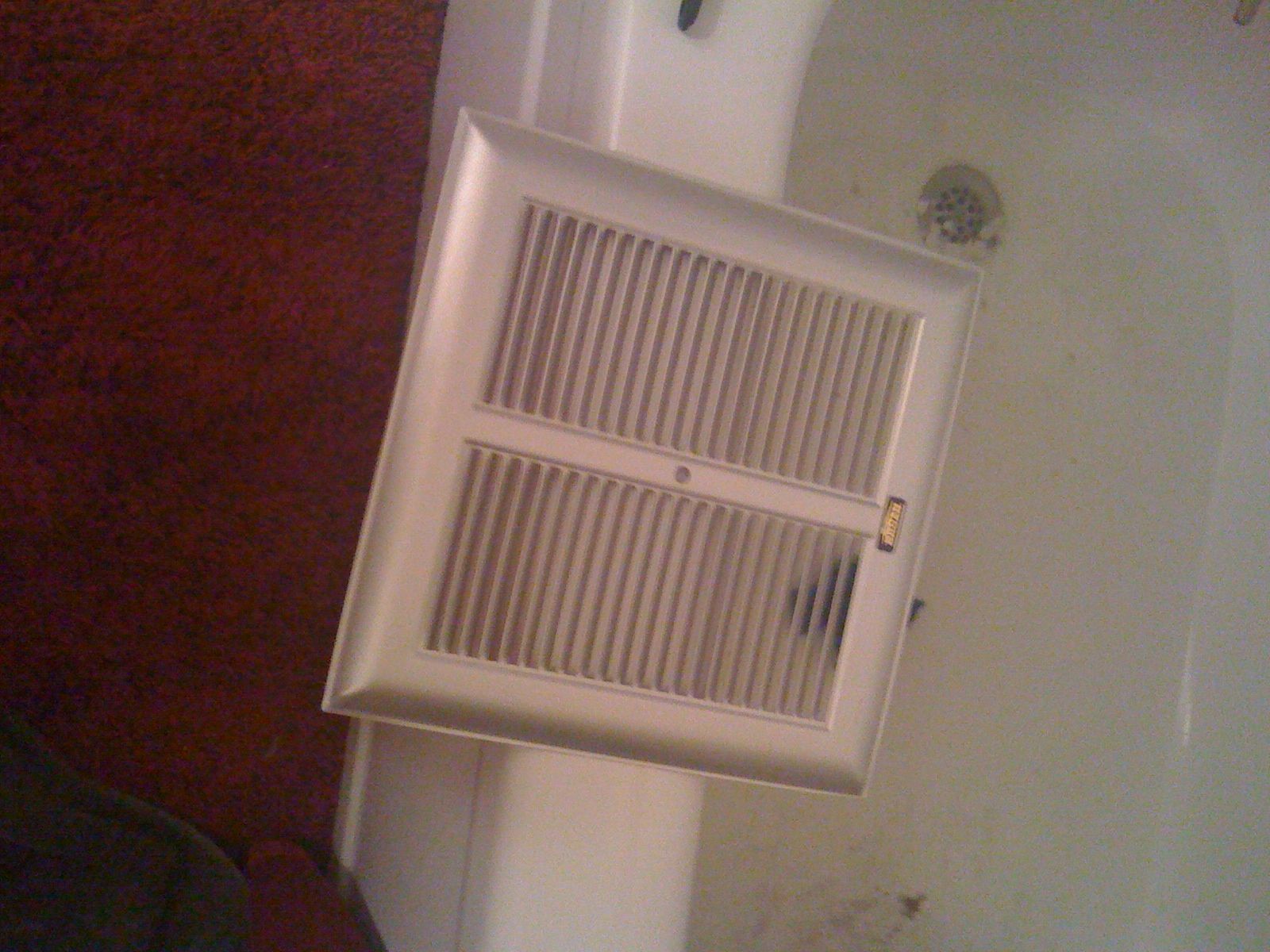 Related posts brought to you by Yet Another Related Posts Plugin.