In a nutshell – not much. I don’t think this is all too fair though as I consciously drive in a way which keeps the inside of my engine clean. Here is a list of steps I have developed over the years to keep my engine running as clean as possible. 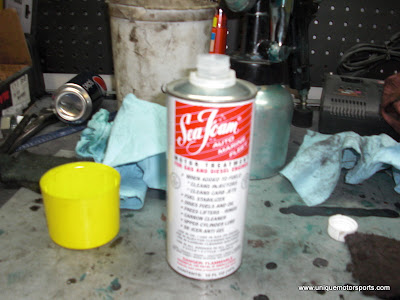 – Redline (shift just below RPM cutoff) at least a few times a week. *This is great for the engine; however, make sure the engine is fully warmed up, not just the water, but the oil as well to avoid a blown head gasket or excessive engine wear.

– I run name brand gas exclusively. If there is a filler truck at the station, I’ll not fill up that day.

– Lucas fuel injector cleaner every 40k or so.

– Let it cool a few minutes to turn it off to keep the oil from coking with hot spots. Coking is common in turbos when the turbo is glowing hot, the oil gets shut off and the oil remains on a glowing red hot surface. This will steam the oil causing a thick film to build inside the turbo. The Aveo doesn’t have a turbo; however, driving gently a minute or more before shutting it down will help avoid hot spots in the engine where the oil can burn.

These steps keep the internals clean and running smooth. Redlining frequently also will get the valves glowing red hot, which combined with the added intake and exhaust flow will help force out build up on the valves and inside the exhaust manifold.

That being said, most people don’t do this. Most people wouldn’t even think about all of this and quite frankly that’s ok. This is good to know when a car starts losing some power over time, buying a used car, perhaps you are fixing a car for a friend or family member. This might also help clear a check engine light and even get a non passing car through an emissions check.

On to the Seafoam Process.

A can of Seafoam will set you back about $10 at a local auto parts store. According to the directions a third would be dumped into the gas tank, a third in the oil, and the remaining third into the intake VIA a vacuum line as close to the throttle body as possible.

Get the car to temperature, once it’s fully warmed up start sucking the seafoam into the intake line. You will also need the car to be at around 2000 RPM for this part, otherwise it will stall out. 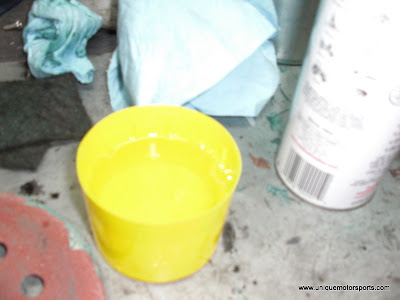 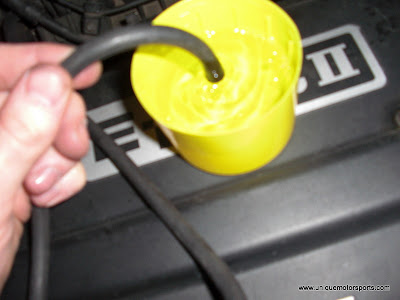 While sucking the Seafoam there should be a lot of smoke coming out of the tail pipe. This is why you should do this at night in a well ventilated and preferably windy location. I didn’t have hardly any smoke so I guess was starting out with a rather clean engine.

Once this part is done, go for a spirited drive. By spirited I mean redline it in second and third if possible. Run it hard for a few minutes to force out any engine buildup.

Once returned home if you poured a third of the can into your oil, you will need to change it now. It’s not a good idea to leave a cleaning agent in for any length of time. 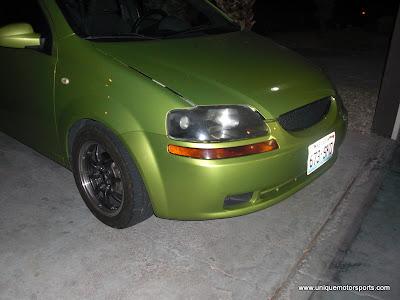 That’s it. You are done. If you want to try out Seafoam, check it out.