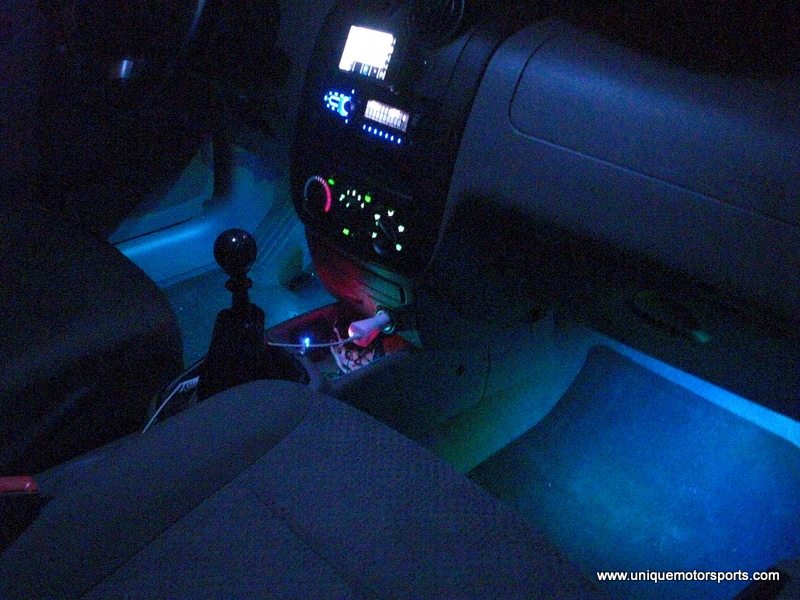 I have had LED Footwell lights in the Aveo for a while, but they were a little too green and the light was a little too focused. I prefer more of a glow and while I wasn’t able to find teal, I could find some lights that are capable of teal. As an added benefit, they are also able to pulse to the beat.

The install was pretty straight forward, I simply unplugged the power for the old lights and hooked up the new using the same relay. Since they are attached to the controller, it’s a little more difficult to run the wires.

Without further ado, here are a couple videos followed by some images.

Sliding the light below the seat rail

Ground point just behind the stereo

LED mounted below the dash on the passenger side

Controller box and wires tucked into a lower cubby hole

Controller box, sticky taped to the cubby allowing easy access to the controls

LED’s are a full RGB spectrum allowing other colors such as red, blue, green, etc..