While my Rx8 was down for over a week, I decided it’s a great time to install hood struts. Not only can this clean up the engine bay, but it also keeps the hood prop from getting in the way while allowing the hood to open a couple inches more. The hood dampeners are some ebay special and actually seem to be pretty good. The only real down side is not actually from the hood struts, but from the washers I’m using as hood spacers. Since the contact patch of the washers is smaller than the hood bracket, there is some flex.

Enough about that, what about the install? It’s basic enough, two bolts on each side. The whole install can be done in about an hour.

The first thing I did was layout the kit. 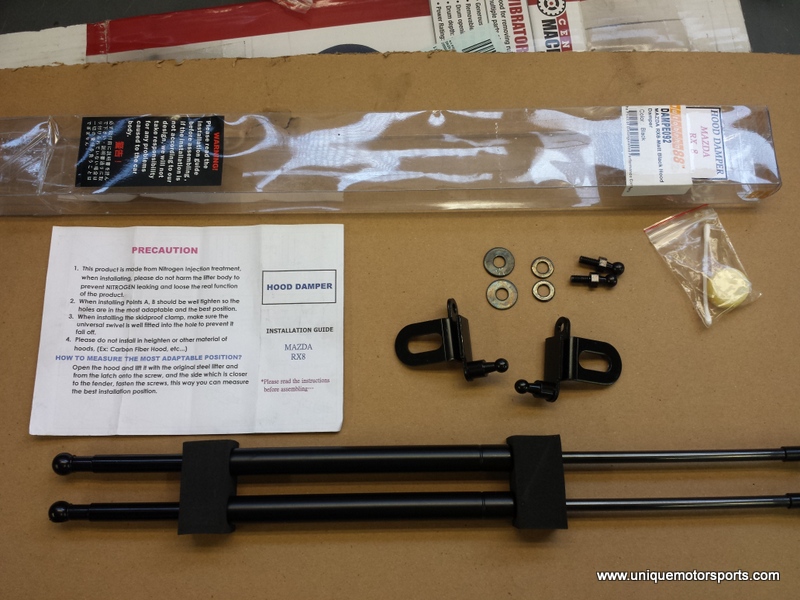 Here is a close up of the included instructions. 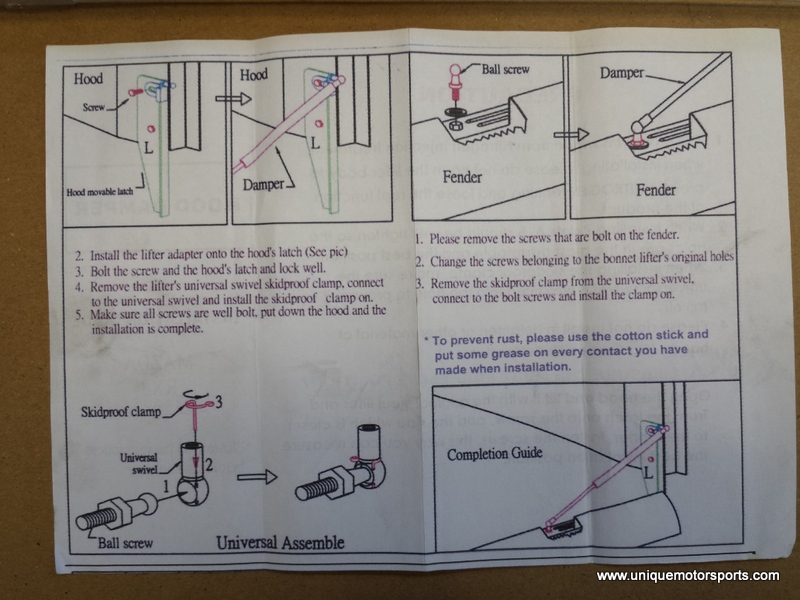 Here is a bad picture showing the mounting nubs installed. 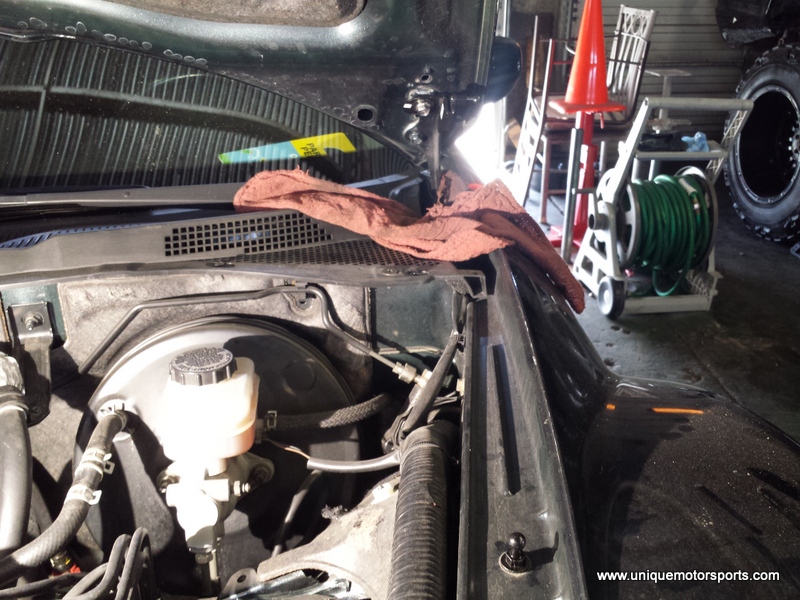 Last picture showing everything in and the struts doing what they do.